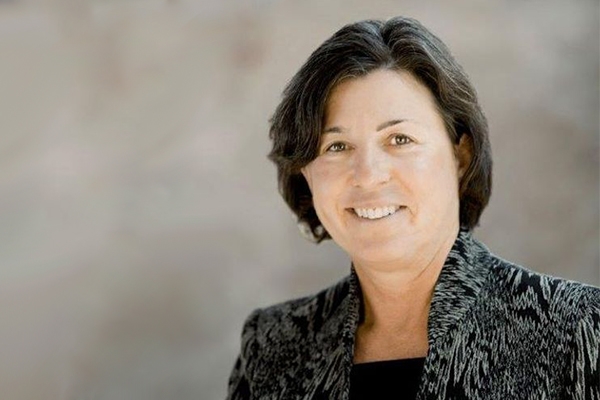 Dr. Karen A. Stout has served as president and CEO of Achieving the Dream (ATD) since 2015. She leads a network of over 300 community colleges working to become profoundly accessible hubs of learning, credentialing, and economic mobility that eliminate inequities in educational and workforce outcomes. Since Dr. Stout's term began, the number of network colleges working on transformative student-centered change has doubled.

Dr. Stout has received national recognition for her achievements and accomplishments in higher education innovation and leadership, including Diverse: Issues in Higher Education’s Leading Women in 2018. She received honorary degrees from Miami Dade College and Montgomery County Community College, the American Association for Women in Community College’s Woman of the Year Award in 2017, and was on Washington Monthly’s 16 list of most innovative higher education leaders in 2016.

Dr. Stout also serves as chair of the Belk Center for Community College Leadership and Research's Advisory Board at North Carolina State University and as co-chair of the University of Maryland Global Campus Doctorate of Management in Community College Policy and Administration's Advisory Board. She is a member of the Common App Board of Directors, College Promise National Advisory Board, HERS Board of Directors, and the NJCAA Foundation Board of Directors. She also represents Achieving the Dream on the Washington Higher Education Secretariat, participates as a mentor and frequent presenter for the Aspen Rising Presidents Fellowship and Aspen New Presidents Fellowship, and has been a presenter for the League of Innovation Executive Leadership Institute.

Prior to serving as president and CEO at ATD, Dr. Stout was president of Montgomery County Community College (MCCC) from 2001 to 2015, where she led the college through a transformation process to improve student success. The college distinguished itself as an ATD Leader College, earned the prestigious Leah Meyer Austin Award in 2014 for its college-wide approach to student success, and won numerous awards for work on campus sustainability. To accommodate their growing enrollment and demands for new programs, MCCC developed and implemented its first comprehensive Campus Facilities Master plan, yielding more than $160 million in improvements to the Blue Bell and Pottstown campuses, including construction of a new advanced technology center, children’s center, fine art center, health sciences center, and culinary arts institute. In addition, the college increased public grants support from $800,000 annually to $12 million annually, tripling the net assets of the college’s foundation and completing the institution’s first capital campaign for scholarships, raising more than $9 million. In addition to institutional awards, Dr. Stout was recognized for her achievements including American Community College Trustees CEO of the Year Northeast Region, American Student Association of Community Colleges President of the Year, and Montgomery County Woman of the Year. In 2015, in recognition of her service to the college and community, the Board of Trustees granted her president emerita status and renamed the student success center on the Blue Bell Campus in her honor.

As chair of the Pennsylvania Commission for Community Colleges, Dr. Stout led the formation of a Trustees Council to support advocacy efforts and successfully changed the 40-year Community College Act with legislation to improve operating and capital funding for the Commonwealth’s 14 community colleges. She also led the development and securing of Pennsylvania’s $20 million TAACT I grant and $2.5 million TAACT2 grant in consecutive years, including managing the grant to develop a state-wide prior learning assessment framework and portal that launched in January 2015.

Prior to her presidency at MCCC, Dr. Stout held leadership positions at Camden County College from 1994 to 2001, including vice president/campus executive officer, and William G. Rohrer Center, where she was vice president for institutional advancement and enrollment services, and dean of planning, research, and communications.

A frequent speaker and writer, Dr. Stout focuses on strategies for enhancing student success and completion, accelerating and scaling innovation, and on launching a new era of community college fundraising.