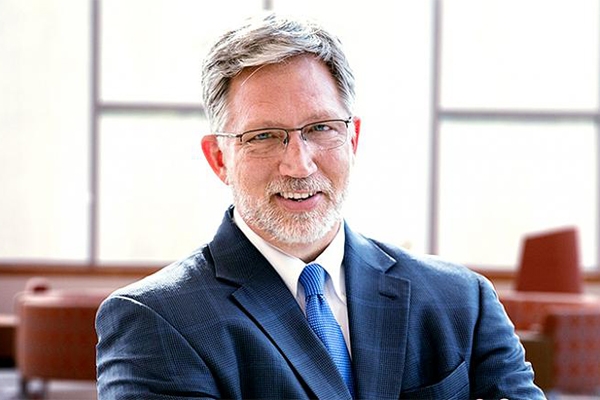 Scott Ralls is the fourth president of Wake Technical Community College, the largest community college in North Carolina. Wake Tech is a recognized leader in workforce development and student success efforts, and it is one of only 29 colleges or universities in the United States designated as a Frontier Series college by the Bill and Melinda Gates Foundation.

From 2015 to 2019, Ralls served as president of Northern Virginia Community College (NOVA), the second largest multi-campus community college in the nation. During his tenure, Ralls grew NOVA’s cybersecurity program to one of the largest in the nation, and through a unique partnership with Amazon Web Services, developed the company’s first East Coast apprenticeship program and the nation’s first community college cloud computing program. Ralls was also a catalyst in the development of ADVANCE, a nationally recognized joint admission program with George Mason University that the Washington Post said could “revolutionize the transfer process.” In 2017, the Washington Business Journal recognized Ralls as a Power 100 leader in the Washington region.

In May 2016, Ralls was named president emeritus of the North Carolina Community College System. During his 20-year career in North Carolina, Ralls served as state system president, vice president of economic and workforce development, and president of Craven Community College. Ralls was a pioneering leader in the state’s efforts to revamp its university articulation agreements and high school dual enrollment models; implement early college high schools; and change funding and curriculum structures to advance STEM, healthcare, and technical education.

Ralls has testified before Congress on workforce development, student success innovations, and student success policy. He serves as co-chair for the Policy Leadership Trust for Student Success, a national effort sponsored by Jobs for the Future and funded by the Bill and Melinda Gates Foundation to develop state and federal policies that help students attain credentials for greater success in the labor market.